Etherium is an upcoming sci-fi real-time strategy game developed by Tindalos Interactive and published by Focus Home Interactive. The game features three large galactic empires struggle to control a handful of planets that contain rich deposits of a resource called Etherium. The game is set to include a single-player campaign as well as various multiplayer modes.

The game is set for release exclusively for PC sometime in 2015.

Etherium includes three non-linear solo campgains, one designated for each faction. Each campaign will feature their different structures, units, tech trees, skills and location. The ultimate objective is to remove the other two factions from the deposit planets to gain total control of the Etherium. Players must annex the territories where it is found to establish etherium outposts and extraction plants. These outposts will need to be defended against rival empires. Etherium can be used to develop bases and outposts. Etherium can also open up fresh opportunities such as new deployment locations closer to the front, additional army slots and the chance to upgrade to a higher technological level to access new and more powerful units. Players can win the game by annihilating enemy colonies or by using orbital cannons that will attack the enemy fleet in a geostationary orbit above the theater of war.

The multiplayer mod feature 1-4 players and focuses on “high-speed strategy”.

Add a photo to this gallery 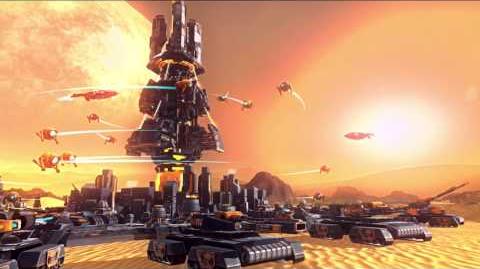 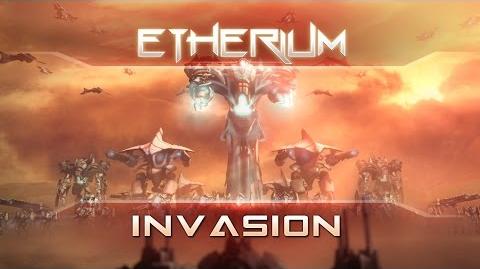 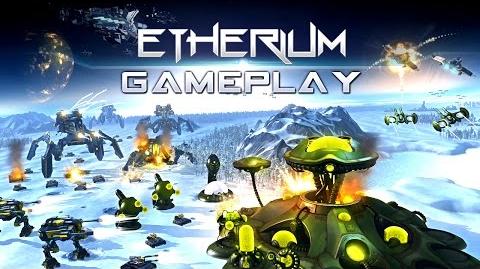 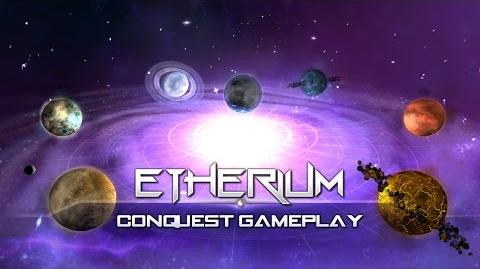 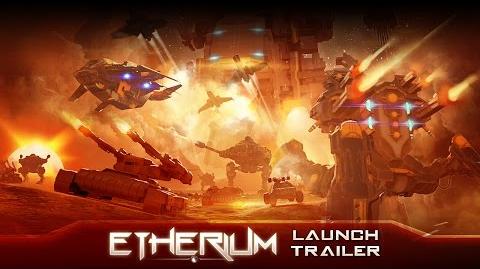 Retrieved from "https://etherium.fandom.com/wiki/Etherium_(game)?oldid=4259"
Community content is available under CC-BY-SA unless otherwise noted.