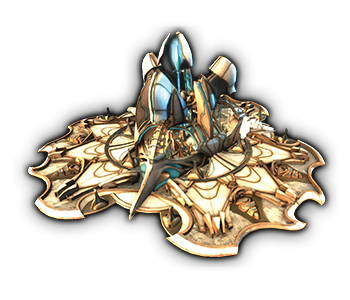 The Awakened of Intar have been involved in the Etherium war for centuries. The Intari are organized around an order of warrior prophets who are born, live and die in the name of etherium. Etherium is a central element in their civilization and grants them the gift of precognition, “the awakening”, which allows them to see the future, its different versions and myriad possibilities. According to their “prophets”, etherium is the key to the elevation of their race to a higher level of existence.

Guided by their faith and supported by technology far more advanced than that of Earth, the Intari are ruthless adversaries on the battlefield. Their legions of fanatics fear neither defeat nor death, and will indiscriminately slaughter anyone who stands between them and the etherium.

Their gift of precognition is a valuable asset in combat, and they use it not only to predict the precise time and place where future climatic events will take place that will enable them to use the consequences to their own advantage, but also to generate these events and climatic catastrophes locally to directly influence the course of a battle.